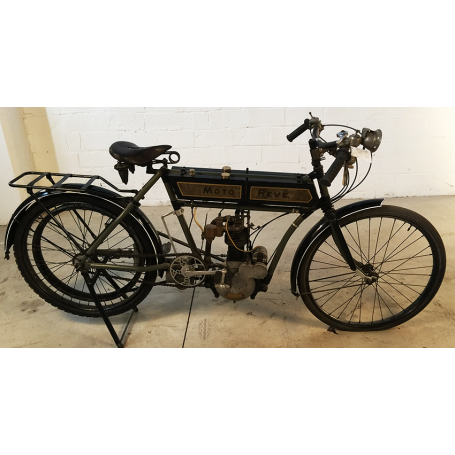 Original model full. (Custom quote with our restorer in our workshops).

Moto-Rêve or "bike dream" was a manufacturer of motorcycles significant to the early TWENTIETH century, founded in 1904 and headquartered in Geneva, Switzerland. Pioneer in the engines V-Twin low capacity and engines, mono and fabrication of double-flat to other manufacturers. By way of example we can point to the factory English Norton, who in his early models used these engines. 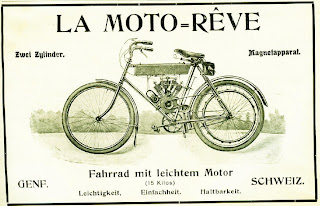 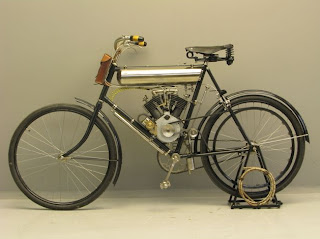 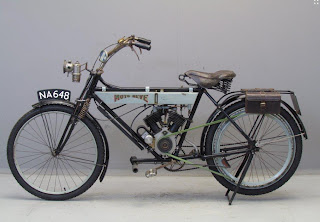 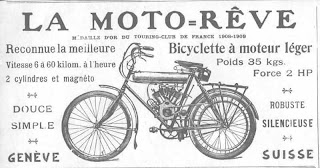 It was also in England that this mark was present when it was manufactured between 1912 and 1917, motorcycles and engines, with the brand name ALP. 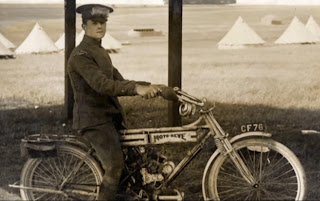 The models of this brand are very similar to its rival Motosacoche made also in Geneva.
Was present in several european countries and even in Australia, with the presentation of its first model, the model "A" was in may of 1906. This model was nothing more than a BSA bicycle frame with an engine 274cc 2 hp, and that occurred around 400 units. From next year begin to make their own tables.
In 1907, appears in the London Stanley Show in the booth of Norton a motorcycle with the name of the engine of Moto-Rêve Energette Norton, an improved version of the original 1902 Energette, this engine Clement French. Norton continued to use these engines until 1909.
In 1910 he resigned, in connection with the Husqvarna, a brand has with a great tradition in the manufacture of bicycles. This association seems Husqvarna Model 65, which is held until 1912. The engine was the engine's well-known 274cc of air valves (inlet valves of air), and the framework of the Swedish brand.

Although the similarities are many, there were differences between the original model C Moto-Rêve, and Husqvarna. This last had a more long and 2.5 cm above the tubes thinner and thicker. The fuel tank was larger, an important feature because the few service stations that exist.
As a curiosity it should be noted that Husqvarna gave the safety of their own tables, but not the engines.
Also, in collaboration with the Moto-Rêve in 1916 Husqvarna launched the model 145, with the same gearbox of three speeds, which continued to be used until around 1930. A military version followed, the model 145A, with an engine of 550cc. The cooperation between these two brands ended in 1918, when it sold only 48 units.
The following year in 1919 with the model Husqvarna 150 begins manufacturing its own engines and frames. 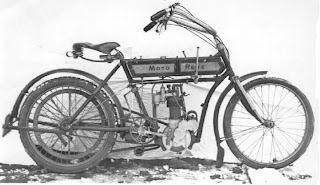 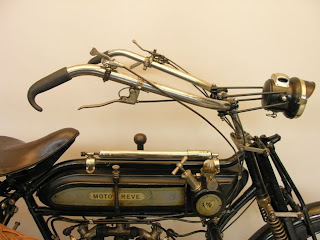 In the year 1913 we have the model D, a biciclindrico of 347cc, followed by the model I, the following year. This model proved to be the last of the brand, equipped with engines of 500cc and the option of a sidecar.
According to the experts, these engines were very well designed watches, that are fixed to the frame by clips, gears incorporate and cam magnet, thus facilitating assembly by other manufacturers. 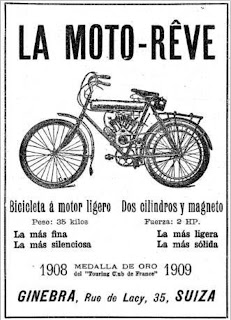 Your own advertising meant a machine extremely light since the entire set weighed about 39 kilos, with a third of this amount was due to the magnet and the carburetor.
In 1920 the company begins to have no sale to finally be bought by three partners, Buratti, Ponti and Roch, using the existing material, complete bicycles and sell them with the brand BPR, using the single cylinder engines Moser and Motosacoche.