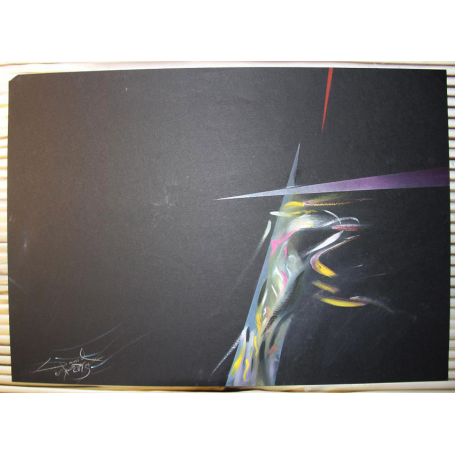 Oil and pencil on cardboard.