The Elcar brand is constituted by the first syllables of Elkhart Carriage Company . This brand is the heiress of the Pratt-Elkhart cars. 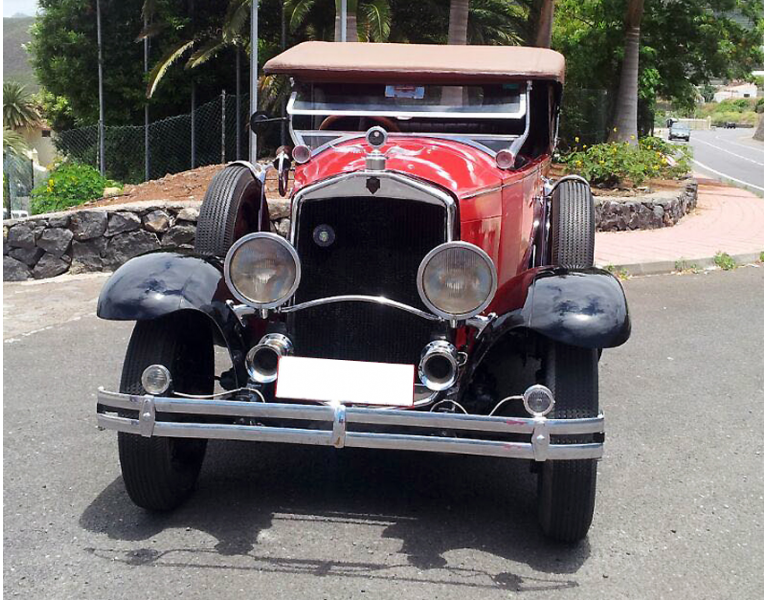 In August 1915, William and George Pratt (brothers), offered a group of investors to participate in the company, calling from then on Elkhart Carriage and Motor Car Company . 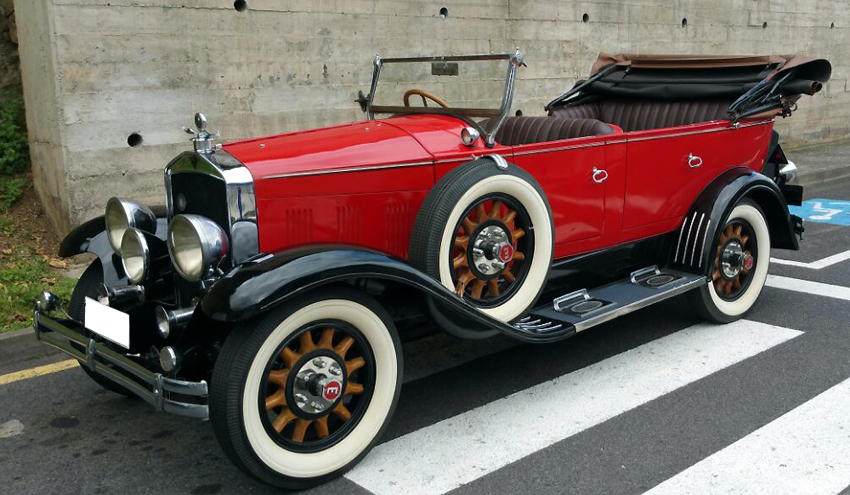 The Elcar was introduced in 1916 with its new model, a four-cylinder at a price of $ 795. Soon they stopped making cars and focused their attention on their new product. During the war years, they made ambulance vehicles for the government, in addition to making their cars. Elcar, like most other manufacturers, enjoyed the immediate post-war boom in 1919 and in 1921 the Pratts brothers sold their company to a group of former Auburn workers, thus withdrawing from manufacturing. From then on, the company was renamed Elcar Motor Company, obtaining in 1922 a contract to make a thousand cars for the Taxi Company of New York Diamond.

However, at the beginning of 1929 they had prices too high for the purchasing power of the time, an average of $ 2,000. This, together with the socioeconomic context of the time (Crack of the 29th), caused the manufacture of Elcar cars to be greatly diminished.

The latest Elcar model, the 140 model, was the third most powerful standard American production car of the 1930s, after the Cadillac V-16 and the Duesenberg Straight 8. Elcar's offerings could compete with the quality American cars built at that time. , but cars assembled by hand could not compete with cars built by mass producers2.

The manufacture of new vehicles was stopped by bankruptcy in 1931, although already in July of 1930 production was stopped with only 900 units in total in that year. A few more cars and taxis were built by hand from pieces until the end of 1933.

2- To give an example: The Ford Model A of 1928-1931 was the second great success of the Ford Motor Company, and more than five million of this model were sold between those dates. It is easy to find one of them at an average of 22,000-26,000 euros currently.

Currently we can see these copies in different museums in the United States: 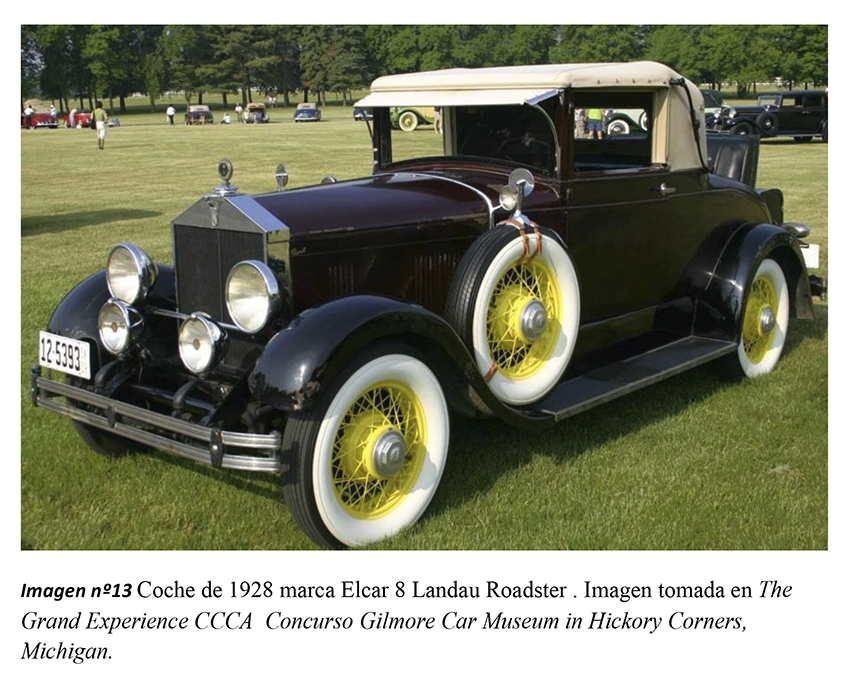 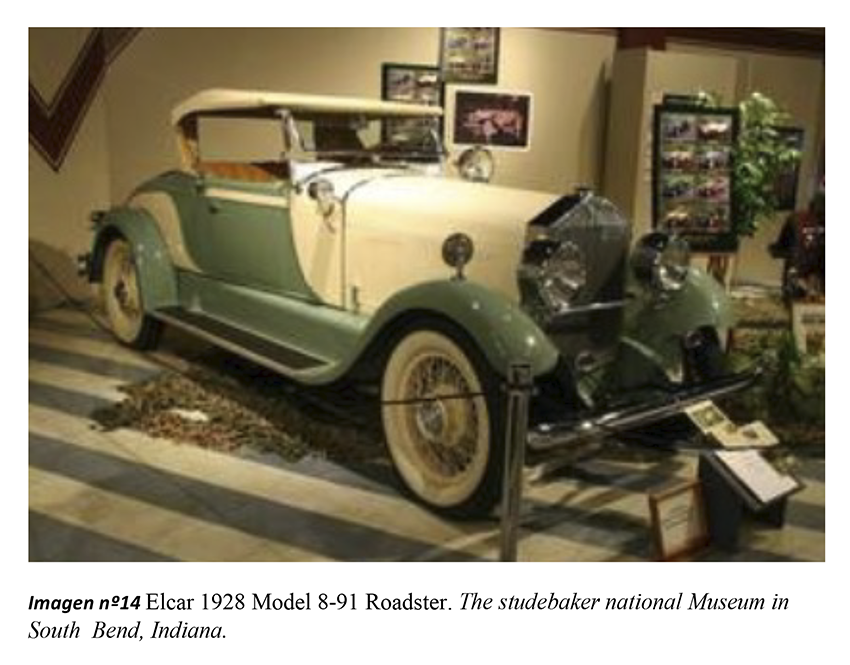 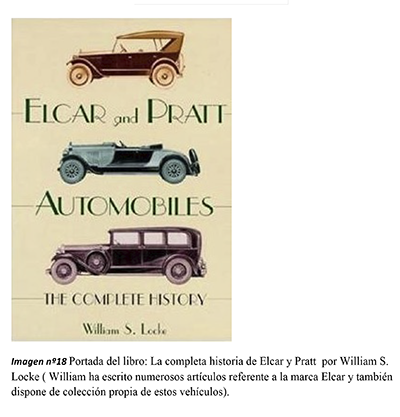 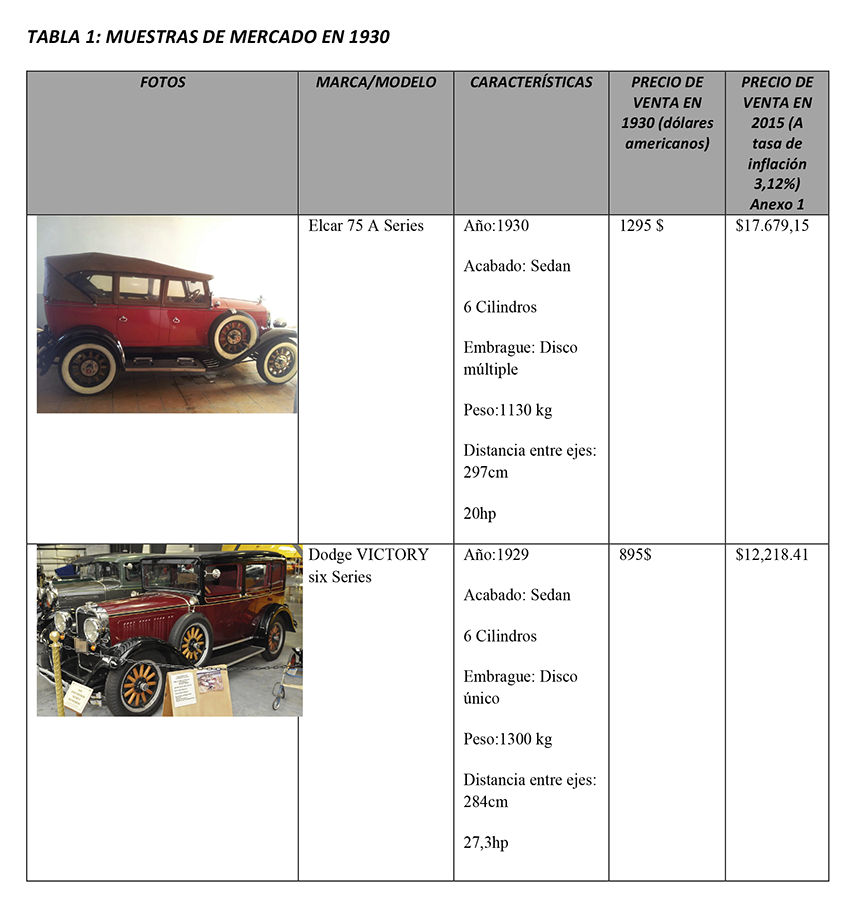 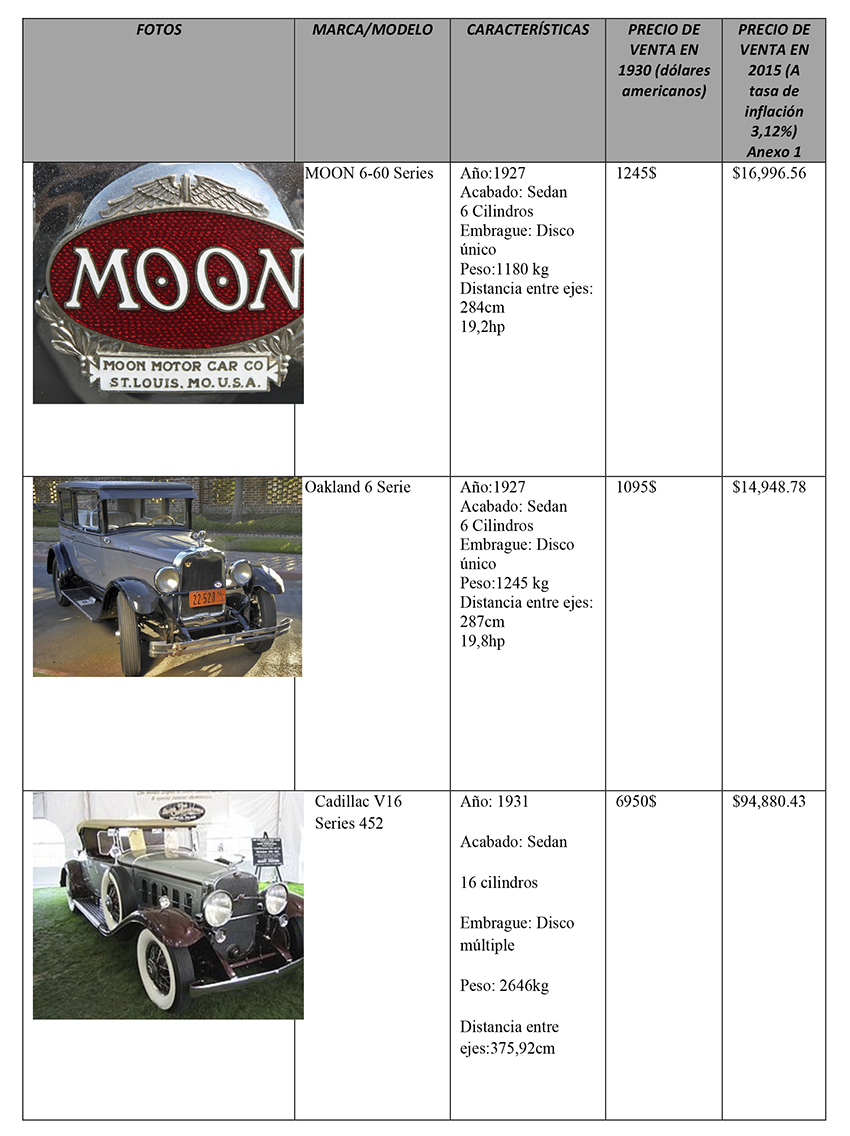 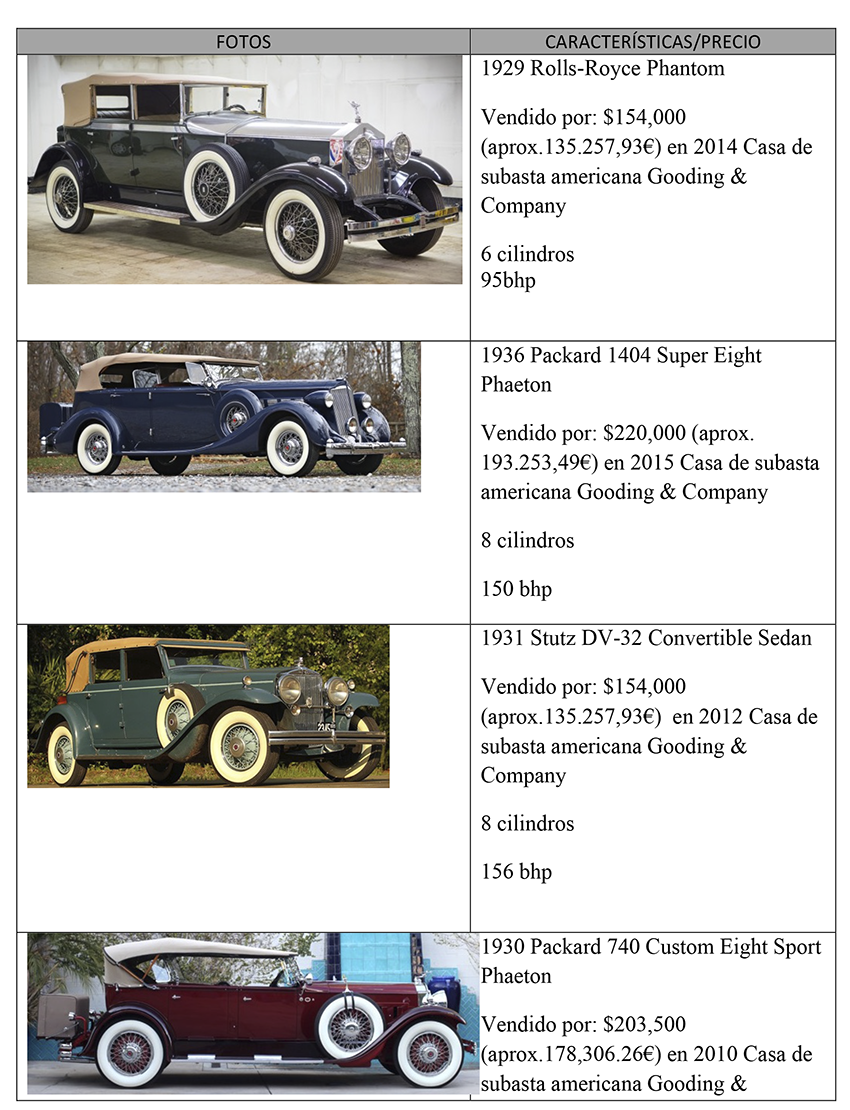 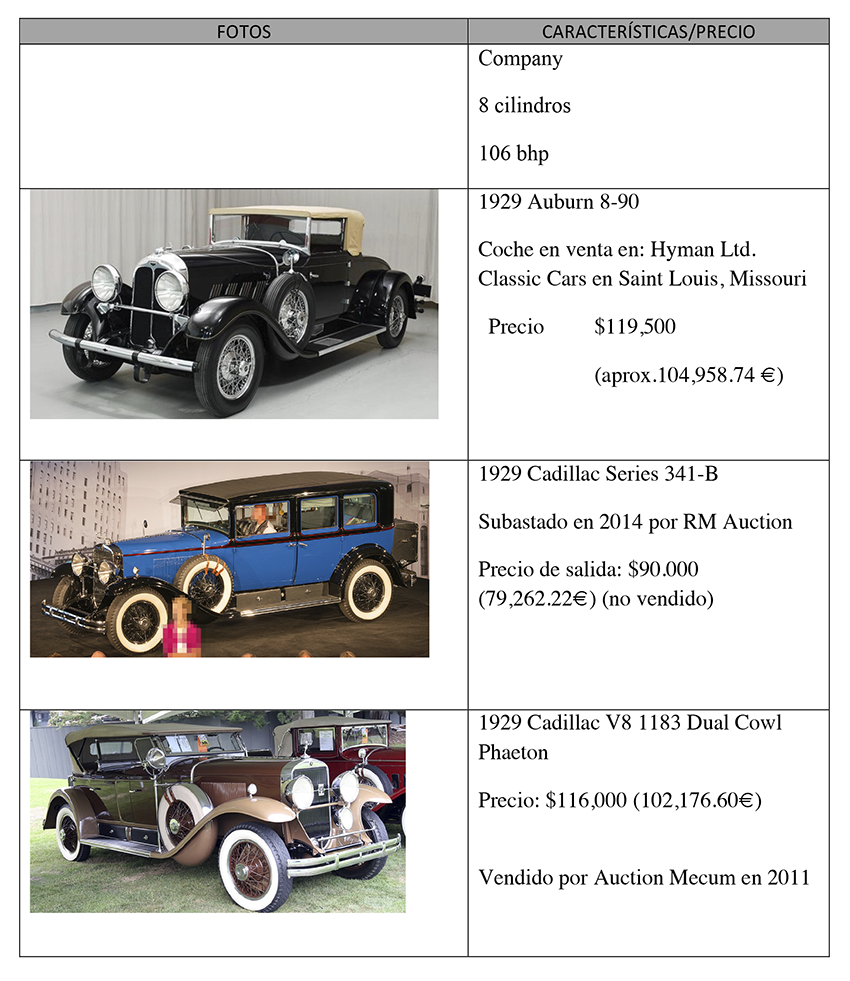 After analyzing the market samples, the singularity of the sample is observed, however, the market samples found are from vehicles of the same period, but with a range and superior finishes, increasing the price above the one referred to in the report.

Report made in Malaga on April 20 by:

Industrial Technical Engineer, Collegiate No. 3938, College of Engineers of Malaga.

It is calculated through inflation to see what a dollar was worth in the past and today. See historical and current inflation rates, with the CPI forecast by the government of the United States. Inflation data is updated regularly, so the results may vary. 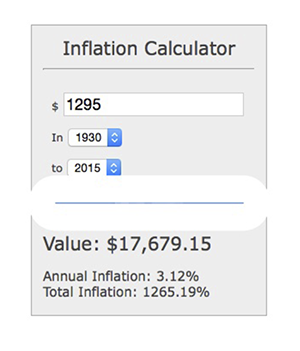