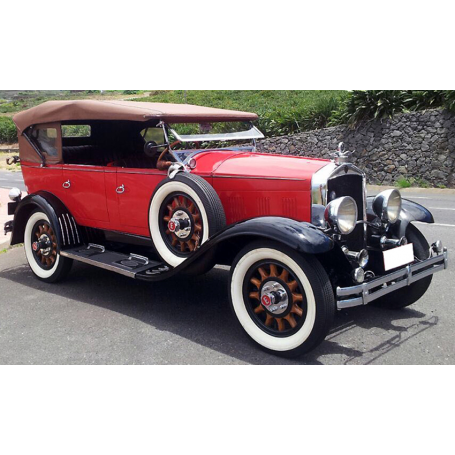 Documentation in order, official expert report of your appraisal. Valued at € 90,000.

Fully restored respecting the original parts, the electrical part of the speakers disconnected by having only 6V the battery and spending excess, in running order. Offers do not include transportation or export, registration or documentation management. To avoid disappointment, it is advisable to see the vehicle before making offers. To request a viewing appointment, please contact Artsvalua.

The trademark Elcar is constituted by the first syllables of the Elkhart Carriage Company. This brand is the heiress of the car Pratt-Elkhart.

The Elkhart Carriage and Harness Mfg. Co. started in 1873 by building horse-drawn carriages.

In August 1915, William and George Pratt (brothers), offered to a group of investors for the stake in the company, going to call from then on Elkhart1 Carriage and Motor Car Company.

The Elcar was introduced in 1916 with its new model, a four-cylinder at a price of $ 795. Soon they stopped making cars and focused their attention on their new product. During the war years, made vehicles ambulances for the government, in addition to their cars. Elcar, like most other manufacturers, he enjoyed the boom of the post-war immediate in 1919 and in 1921, the brothers Pratts sold their company to a group of ex-workers of Auburn, retiring as manufacturing. From then on, the company was renamed as the Elcar Motor Company, obtaining in 1922 a contract to make a thousand cars to the Taxi Company of New York Diamond.

However, at the beginning of 1929 had prices too high for the purchasing power of the time, an average of $ 2,000. This, along with the socio-economic context of the time (Crack of the 29), made the manufacturing of cars Elcar was seen diminished in a great extent.

The latest model of the Elcar, the model 140, was the third most powerful car in standard production american of 1930, after the V-16 Cadillac and the Duesenberg Straight 8. Deals Elcar could compete with the american cars quality built then, but the cars assembled by hand could not compete with cars built by the producers of mass2 .

The manufacture of new vehicles was stopped by bankruptcy in 1931, but already in July of 1930 stopped the production with only 900 units in total in that year. A few more cars and taxis were built by hand from parts until the end of 1933. 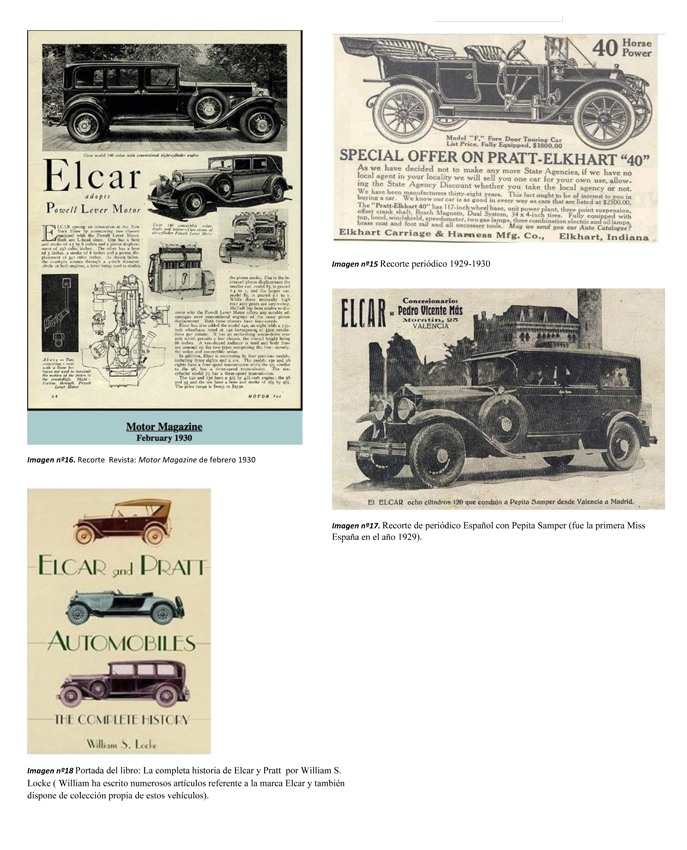 2 - to give an example: The Ford Model A of 1928-1931 was the second huge success for the Ford Motor Company, and sold more than five million of this model between those dates.

Currently we can see many specimens in the different museums of the united States.