Operation Impala was one of my favorite books from adolescence. I read it when I was 15 years old. And he reread it from time to time years later. From its pages I had only focused on the adventure, the route and the anecdotes of five passionate travelers. What I did not know at the time is that this expedition was also one more battle of a war that seems not to have ended. 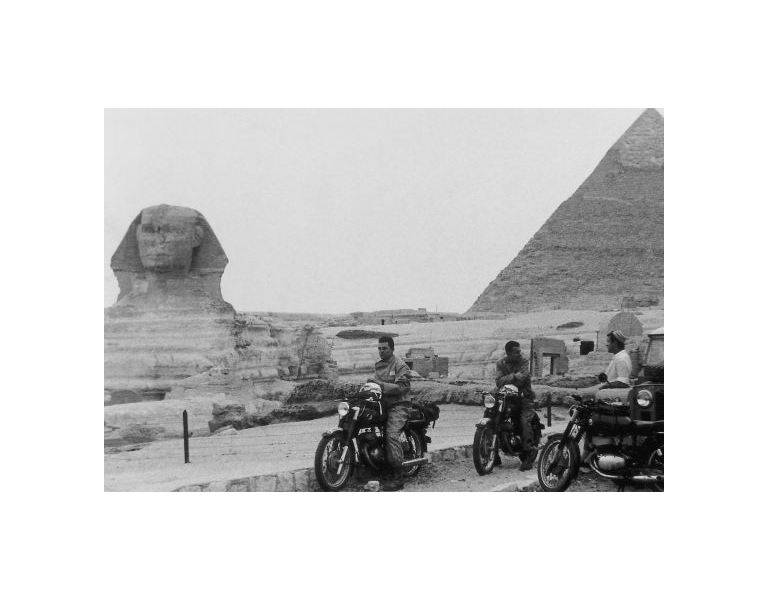 I realized seeing the magnificent documentary directed by Manuel Garriga, motor historian and that is a detailed work on that expedition, which is celebrating its 50th anniversary, on the motorcycle industry in Catalonia and the rivalry between Montesa and Bultaco.

The storyline revolves around Africa's first motorcycle journey, starring five intrepid travelers: Oriol Regàs, Rafa Marsans, Tei Elizalde, Enric Vernís and Manuel Maristany, who traveled 20,000 kilometers in 100 days in early 1962, from South Africa to Tunisia through Zimbabwe, Zambia, Ethiopia, Sudan and Egypt. And it was also an unexpected and spectacular launch campaign for a motorcycle called to make history, the Impala. 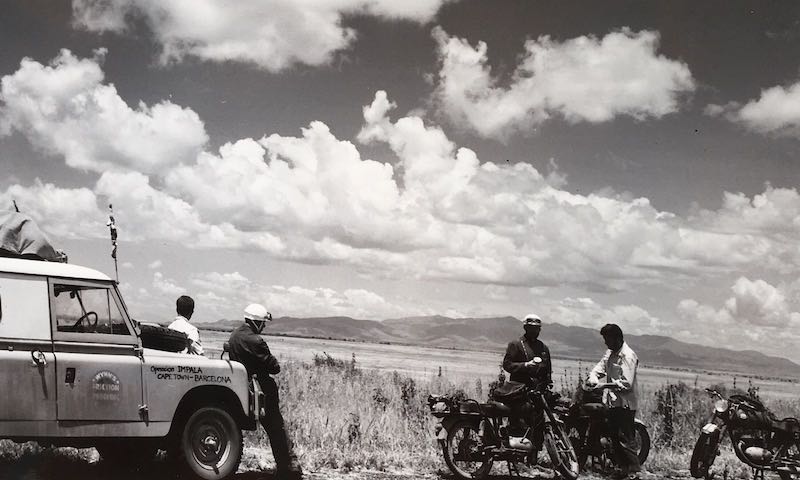 t was a great challenge promoted by Regàs who were joined by Marsans, Elizalde and Vernis, expert competition riders and a chronicler who did not know how to ride a motorcycle, Maristany. Accompanied by a Land Rover that the expeditionaries called Kiboko (rhino in Swahili), three Montesa prototypes of 175 cc and 10.5 HP of power that even had mechanical differences between them such as the clutch system, were able despite their apparent fragility of overcoming mud , jungle, deserts and savannahs reaching their goal.

The documentary is already available in the TV3 video library, Televisió de Catalunya, and is a must-see for motorcycle fans. And I also recommend reading the book, a delicious succession of anecdotes in which Maristany reflected the society and way of life of post-colonial Africa that no longer resembles anything, for better or for worse, to what we know today.

When their idea was launched, the travelers intended to carry out a daring adventure among a group of good friends, without more. However, the expedition took place shortly after an event that still raises blisters fifty-four years later, the professional break between Pere Permanyer and Paco Bultó. They were the men in command of Montesa, passionate about motors and motorcycles, but those who knew them say, very different from each other and both with a strong personality.

Bultó always defended competition as the most outstanding value of a brand: "The market always goes after the checkered flag," Montesa said and left in 1958 to create his own brand, Bultaco, due to Permanyer's refusal to maintain presence and investment in the races. And that was the beginning of a huge sports, industrial and commercial rivalry that lasted over 25 years. 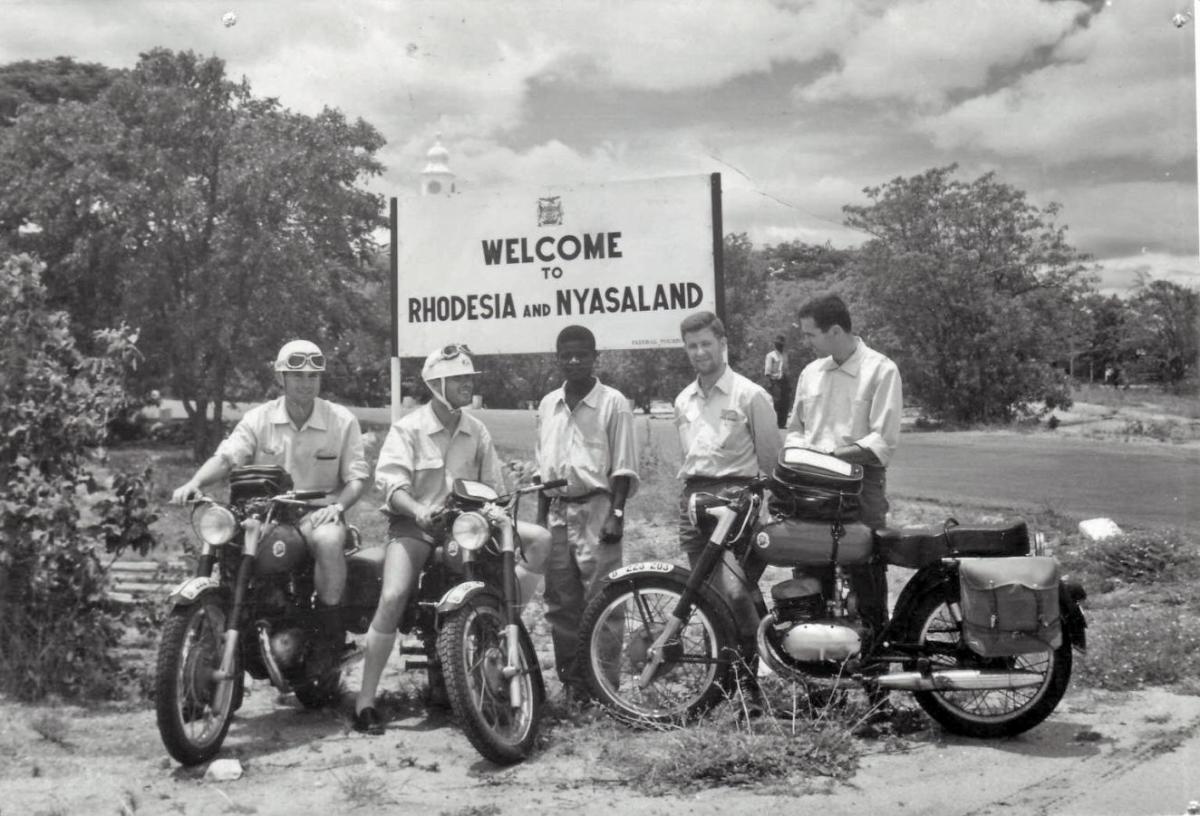 That personality, that character so different and so marked between the leaders and their collaborators and also their motorcycles, created filia and phobias, hatreds and passions and also of a series of enmities and disagreements that remain practically intact.

Followers and lovers of Bultaco cannot be forced to climb a Montesa or at gunpoint. Conversely, when a follower of Montesa is named Bultaco, the subject in question cannot avoid suffering all kinds of itching. It's kind of amazing and what I thought about after watching the movie.

As in everything, there are fair people who recognize merits of one and the other, but as it happens in soccer or in politics, opinion and feelings are polarized and each one does not ignore as much as the merits of the other party what they do not it ceases to be a symbol of the schizophrenic society in which we live.

And the trip of the five bikers to Africa is partly to blame. Its impact was so great and unexpected, that a motorcycle that was originally to be called Montjuïc, was eventually called Impala and was one of the greatest successes of the Catalan industry in its entire history, to the point that a second version was manufactured when Montesa was already was in negotiations with Honda.

Leopoldo Milá, a technician who had worked in the shadow of the charismatic Bultó, was in charge of designing a motorcycle that would signify the commercial relaunch of Montesa and he got it right the first time, creating a model that soon became a symbol.

With thousands of Impalas rolling through the streets and through countries around the world, even John Wayne and Steve McQueen had one, the trade war moved to speed and motocross circuits. Catalonia was a very powerful industrial center and dozens of brands filled the streets of a country that was already forgetting the post-war period.

Bultaco and Montesa were joined by names such as Rieju, Ossa and Sanglas. And of course, Derbi who sold his reliable 49 cc Torch, the popular "Paleta", as churros, and who, from the hand of a daring Zamorano named Ángel Nieto, was starting to get a certain prestige in the speed world championship.

In the Garriga documentary, many of the protagonists of that time speak. And their opinions reflect what that was. The break between Permanyer and Bultó had to be very painful and conflictive.

And when listening to people from one side or the other, ill-concealed grudges still come out, and half-voice comments about plans, designs, ideas and projects that do not know who designed and in which drawer they stayed or appeared.

And that enmity was transferred to the competition where the pilots were part of each company, they were almost of the family. They had nothing to do with the professionals of this century, indifferent to history and who can run here today and tomorrow there. The brand was carried in the heart and the protagonists recognize without any problem, even with a point of pride, that they did not speak to each other.

Speed ​​racing was the terrain of conquest and the 24 Hours of Montjuïc the scene of the great battle. The legendary Barcelona race was the highlight and before Italian and Japanese motorcycles dominated the mountain, Montesa and Bultaco achieved victories that were a matter of honor for technicians and riders.

But the battle was not only in Barcelona. Brands and teams met everywhere and the four Africans from Operation Impala, very active pilots, stood out in very diverse competitions. Marsans, head of Montesa's competition department between 1959 and 1967 was the only professional.

The rest were brilliant amateurs. Vernis stood out in regular rallies, Regàs was considered the best driver in bad weather conditions, rain or fog and very good in endurance. And Elizalde was possibly the finest rider of his generation, the Spanish Motocross champion in 1961, winner of the second edition of the 24 Hours in 1956 and also of the first duel between Bultaco and Montesa in Montjuïc in 1959.

They went from competing in Montjuïc to reaching Kilimanjaro and the Ethiopian deserts and vice versa, as if it were the most normal thing in the world. And it was not at that time. They and their generation colleagues should have a much higher place in motorcycling history than they do.

People like a very discreet guy named Salvador Cañellas, endowed with a rare ability to drive quickly anything with wheels and engines that fell into his hands and who in May 1968 achieved the first Spanish victory in the motorcycle world championship, even before the teacher Ángel Nieto. It was in May 1968 in Montjuic piloting a Bultaco TSS 125.

There were years of revival, of daring people, of ambitious industrialists and very capable engineers who designed motorcycles that were a reference in the whole world and also in all specialties, speed, trial, motocross and enduro. The crisis of the 1980s, the Japanese invasion and a certain lack of common leadership destroyed an entire sector from which only Derbi was saved.

Bultaco disappeared and Montesa was absorbed by Honda. They left streets and circuits with more pain than glory because they deserved better luck, but at least we have the memory of those battles between almost legendary characters, between extraordinary riders and legendary motorcycles, whose names all fans have in memory.

Operation Impala allows us to relive that expedition and the ins and outs of a war without quarter. Do not miss it.