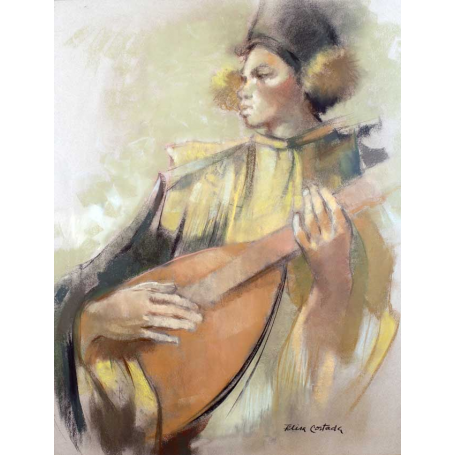 Felisa later studied fine arts at the School of La Lonja in Barcelona. He has exhibited numerous times in Spain and abroad, and has slowly been gaining in prestige and knowledge. His work has been recognized not only by the public but also by critics, having earned mentions as the first prize of painting, drawing and engraving of the Royal Artistic Circle and Artistic Circle of Sant Lluc, both of Barcelona. She has also been honoured in competitions Villa de Palamós, Biennial of the Museum of Wine in Vilafranca del Penedès, etc, In 1995 won the Gold Medal for Painting in the XXXIX Hall of Plastic Arts of the town of Béziers, in France. Debuted individually in 1972, in the sala Rovira and the Royal Circle of Barcelona, and since then it has organized personal samples in Barcelona, Madrid, Zaragoza, Tarragona and other towns in catalonia.