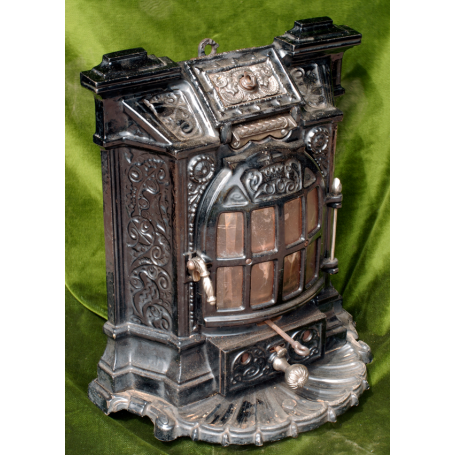 The beginning of s. XX.

The stove salamander is a stove invented by Benjamin Franklin who was the first heating system, modern non-integrated in the construction. Allows a better regulation of the combustion and better control of the smoke that the traditional home, which also means a saving of fuel.

It has the disadvantage that the combustion is carried out in the environment to calefactar and that, though it means a saving of fuel, it uses polluting materials (wood or coal). It is an improvement of the traditional stove and consists of a die-cast housing, with a barred window that is added to the fuel, which rises from the ground usually by a few feet and the top of which comes a pipe of chimney to expel the smoke.

Its name evokes the salamander mythical, as it was believed, could live in fire.