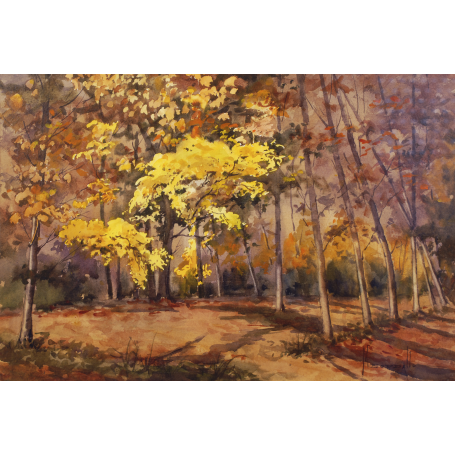 He studied in Barcelona, in the School of Fine Arts of Sant Jordi, and debuted individually in the galleries Pallarés of the same city, in 1947.

Since then, his work traveled over a great part of the Spanish geography. He also participated in group exhibitions both in our country and in Brussels, Paris, Marseille and Mexico City.

Throughout his career Bordalló was rewarded on several occasions, and earned the medals of honor and gold of the association of Watercolors of Catalonia, in addition to the National Award of Watercolor.

In 1993 he was distinguished with the prize of the magazine “correo del arte” in Madrid. Bordalló gained a great reputation as a watercolourist, particularly by the sea made in large formats, which recreate the light of day on the secluded countryside, at times even dramatic.

Is currently represented in the Museum of Tossa de Mar and in the of the Watercolor in Llançà.