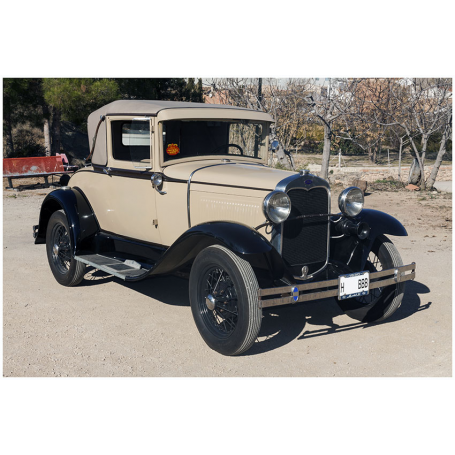 Artsvalua is pleased to offer for your consideration a beautiful piece of the history of the automobile in american in the form of a coupe Ford 2 door, 1930. This classic is powered by its original engine with 4 cylinders with 3282cm3. This classic has been well maintained and is in impeccable condition . Spoke wheels. TARE weight: 1035 kg. The car runs perfectly.

Historical vehicle since 2006. ITV: every 5 years.

You have all the documents and fees paid import. We manage enrollment historical, if you wish, apart.