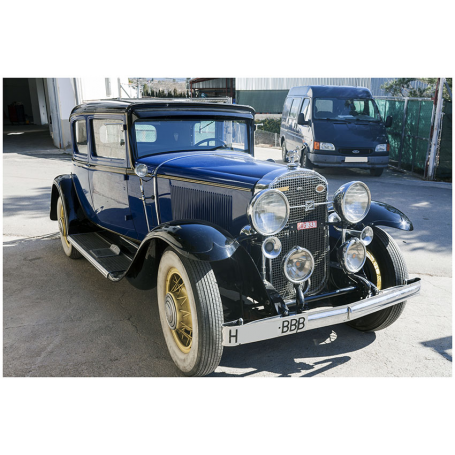 Artsvalua is pleased to offer for your consideration a beautiful piece of the history of the automobile from origin Belgian in the form of a sedan Buick 2-door 1931. This classic is powered by its original engine 8-cylinder variant Series 80. This classic has been well maintained and is in impeccable condition. The car runs perfectly and is very well taken care of.

The Buick Roadmaster is an automobile which was built by Buick from 1936 to 1958, and again from 1991 to 1996. The Roadmasters produced between 1936 and 1958 were built on the longer wheelbase of the sedan from Buick, and shared its basic structure with Cadillac's entry-level and, after 1940, veterans Oldsmobiles . Between 1946 and 1957 the Roadmaster served as the flagship of the Buick.