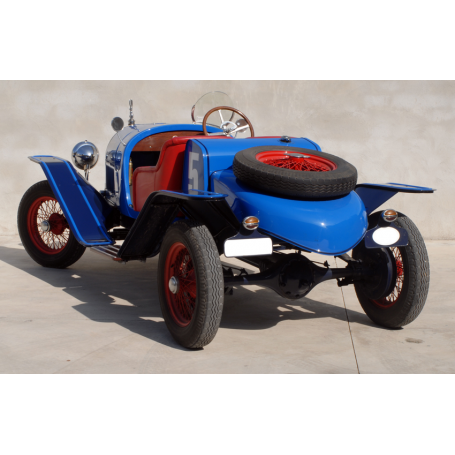 Talbot was a british brand of cars. Its history is more complex than most of the industry.

Creation of the british company Talbot

Talbot was originally the british marque used to sell cars French Clément-Bayard imported. Founded in 1903, this business venture was financed by the Earl of Shrewsbury and Talbot, who lent his name to the firm. Starting in 1905, the company put the brand Clément-Talbot to their imported cars and started assembling parts made by the French in the new factory in North Kensington, London, selling them under the name Talbot. These vehicles, from 1906, were followed by cars designed locally, and in 1910 were between 50 and 60 cars a month. A Talbot was the first car to cover 100 miles (160 kilometers) in one hour in 1913.

During the First World War, the firm manufactured ambulances. The operations French and british continued in processes separate, parallel production and marketing until 1919, when the company Darracq (of british owners and headquarters in Paris), acquired the company; The Talbots manufactured by Darracq sold as Talbot-Darracq. The following year, Darracq was reorganised as part of the group of companies, Sunbeam-Talbot-Darracq (STD).

In 1916, the swiss Georges Germain became the chief engineer, and in the first half of the 1920s, Talbot was manufactured by a good number of models that sold well, such as the 14/45 hp, or Talbot 105, which began to be manufactured in 1926. In the 1930s, the Talbot designed by Germain enjoyed success in racing in the team, Fox & Nicholl, with riders such as Brian Lewis, Johnny Hindmarsh, and John Cobb (better known for his attempts to set records for maximum speed on the ground). Also had success on the test "Alpine Trial".

Vehicles produced with the brand Talbot