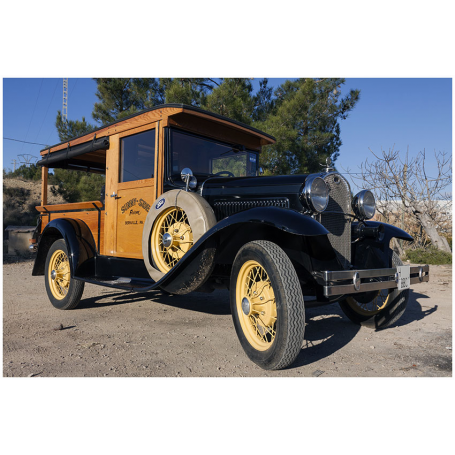 Artsvalua is pleased to offer for your consideration a beautiful piece of the history of the automobile in american in the form of a pickup truck, Ford pickup, 1930 . This classic is powered by its original engine with 4 cylinders with 3282cm3. This classic has been well restored and is in impeccable condition. Spoke wheels. The car runs perfectly and is very well taken care of.

As you can see in the pictures above, this car is an impeccable restoration that was completed some time ago. Vehicle of a particular collection, for different reasons, goes on sale. Aside from making some minor improvements, the car has been completely restored by exposing it in rallies and events.