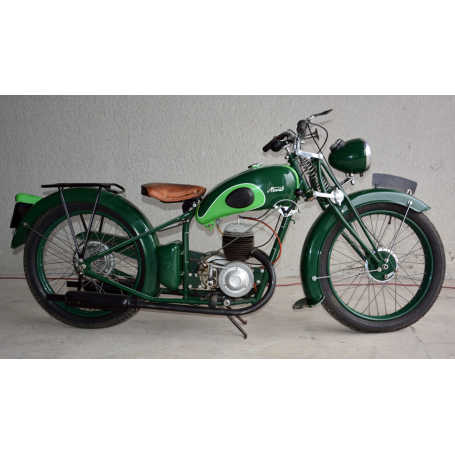 Without documentation As it is.

In the operating state.

High school and / or budget of the historic function of the autonomous community.

The family Ravat, comes from the department of the Rhône (Orliénas)

It aurat soon a frèreJean Baptist, and a sister Elizabeth

After a year of military service with the 38th IR, Jules is provided as the breadwinner of the family

At 26 years old he teamed with Augustus Argaud, to found Establishments Ravat

We are in 1898, and the workshop is located on Rue gray in Saint-Etienne

Our two men there to manufacture parts of the cycle

the daughter of a contractor, street of the Richelandière

Employs 20 workers according to the chambre syndicale du cycle

1904 birth of John Ravat, April 24, Jules is a mechanic, lives street of the Richelandière Dissolution of the company between the 29 April (22 road St Chamond and then Monthieux) Jules Ravat, have founded the manufacture of spare parts the 27 August

1908 ten of companions working for the company

Birth of François Ravat, on the 30th of march, Julius is a mechanic, resides in Monthieux

1910 march 7, at 3 o'clock Jules Ravat, deposited at the registry of the commercial court of St Etienne marks

1912 Jules Ravat, becomes an officer of the academy

Before the great war the brand was already selling abroad

1919 two hundred and fifty workers are working for the company

1920 Creation of a joint-stock company capital of 1.5 million francs

Registered at the trade register under Siret Rc 404-1920

The board of directors is composed of Jules Ravat, Claude Gros, Jean Jacquemard,

Bartholomew Knight, Joanne Bouladon four industrial cycle and the bolt The company, without being obliged, and before certain laws trying to help the maximum these workers with the Funds for family allowances, premium wedding

Jules Ravat, knows all his workers and their families, their social situations

The American army surplus and industry English who sells beats price, there are victims

Many strikes broke out in the metallurgy and the cycle and turns into a general strike after may 1,

1922 the society of the institutions Ravat, deposited at the registry of the commercial court of St Etienne

For the salon of Paris is a 125 twin cylinder tumbled

At the salon of Paris is a 125 twin cylinder tumbled

Institutions Ravat, 6 rue Goncourt Paris renews the registration of the brand name Wonderful from the registry of the tribunal of the Seine (document Didier Mahistre)

On the 23rd of October at 17h, The société anonyme des Etablissements Ravat, deposited at the registry of the commercial court of St Stephen marks, Icarus, Maxi, Super Maxi, Sader (document Didier Mahistre)

The brand has offices in Algiers, Cairo, Barcelona, Geneva, Saigon,

Prefecture of the Loire, and a member of the order

Patent on the 29th of November

16 march the capital increase of 1.5 to 3 million francs, marks, Buff and Daphne appear for the cycle The company employs 1000 workers according to the chambre syndicale A motorcycle of the brand participates in all three days of the Um Drill Robillard sports director

On 15 march the general strike was triggered

On 25 march, violent incidents have places in the surroundings of the factory Ravat, who has taken over

On April 4, the Dragons mounted load workers strikers near Manufrance

On April 14, the strikers go to their workshops, the game is lost, but they had sworn an oath of revenge

To this date use gearboxes, Staub estempillée Staub Ravat

The capital passes to 5 million francs

increased the salary of its workers, including 960 work for the two wheel

John Laforge is a traveller to the area of Ain

Thezenas there in the end also 1st in class 350

One thousand two hundred workers working for the company

The brand manufactures washing machines Use motors Blackburne, Asp, Zurcher Created in the month of may of Ravat magazine

1 class 250-race odds of Planfoy with Thezenas, Paulin finishes 4th in the 350

René finished first category 175 of the race's odds of Gabelle

The cyclist hubert Oppermam part of the team Ravat Wonder

11 models are built this year

The direction, writing and the administration of Ravat magazine is 44 Rue Victor Hugo

The brand finished 1st in a tie in the Paris-Nice with Zind, Paulinus, Should in class 350

1929 Jules Ravat, deputy administrator of the centers Ravat cycles The offices and the drafting of Ravat magazine are to Monthieux Capital of 8 million francs

Creation of the fund of mutual help, disease, death

Georges Sierro would have worked for the brand in 20 years

Chairman of the board of directors of institutions Ravat

Knight of the legion of honor

Advisor to the foreign trade

A member of the rotary club,

Honorary president of the municipal harmony

Members of the commission of the caisse départementale des assurances sociales

Administrator of the compensation fund of the saint-etienne area

Member of the board of directors of the school professional

The company is managed by the board of directors

The Establishments employs 1200 people, but the crisis is forcing businesses of cycles and motorbikes fired 25% of their area between 1930 and 31

The technical laboratory is trying to evolve bicycles

Wins a victory at the six days of winters

The range would have owned a model Er32c motor Koehler Escofier

By Jean Goyard, there may have never been marketed

Around the same time, it sells 100 Bca, Seagull, gold, Rpf

For sale by bma 100 engine Zurcher

Huet finished 1st in a tie the 6 days of winter

Would have used motors, Jap 250 (photo on the site Moto Jouvence)

1936 the address of Paris 65 rue Amelot, the Belgian plant no longer seems to exist

1938 construction of a machine to test the frameworks

525 people work for the cycle and the motorcycle

To increase the links between are personal, the company formed the cyclo club Wonder, The band Ravat, the company bouliste, contests and exursions

Has 4 factories in France

1939 the brand name Atalanta is in place for the cycle

Manufacture of rockets and parts of machine guns

According to some people the brand would assemble machinery by

It would also have sold engines Blackburne in his name ?

1940 the Vichy government is putting in place the Coac (organisation committee of the automobile, and the

cycle), to establish standards and most importantly to manage the orders

1943 October the Establishments Ravat, refuses the command of the German army

(a million sheaths of heads of ammunition)

1944 Friday, may 26 an allied bombing raid destroyed part of the factory

The capital increased to 20 million by September

The number of the trade registry is always Rc 404

Little Francis was a foreman, Tardy Jean-Claude-chief of service

This moped on the stand of the fair of Lyon

To this date sells mopeds under the brand name Dainty

1953 Abandoning the scooter and mopeds, the production is 850 mopeds

The address of Paris still exists, the Belgium is striped pubs

1954 sells machines Automoto under his name

cycles and bikes is report

Terminate the chambre syndicale in December

1955 the staff goes on strike in September

1956 at the fair, sells a model René Gillet and mopeds to gearless Semas

4 September 30 people are laid off

October 1, 8 people have been made redundant due to the closure of 3 workshops on the 15th October

October 23, the company is placed in liquidation

1957 February a professional group took up the torch of Ravat, this powerful, industrial concentration will ensure the production, the distribution is entrusted to the Paris society of sales cycle 137 bd Ney, Paris

We find Ravat related to Talbot to sell the 125 motor Ydral identical to the Mercier concentration would be made up of Talbot, Automoto, Hurtu, Rene Gillet, Mercier judicial Settlement on 25 may

The creditors have 15 days to make a claim

3 July meeting of the creditors to the court

The regulations made on the 12th of July requires Ravat, to pay its debts until the first of August 1959

1958 November the capital of 115 million francs

Around this time the sales have to stop

1968 a good part of the workshops that are destroyed in the redevelopment, real estate Saint

A street of the city bears the name of Jules Ravat